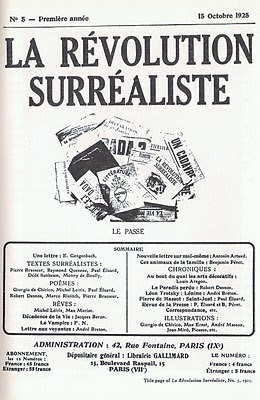 Posted by Matt Morris at 9:22 AM 2 comments: Links to this post

The Final Chapter: Exhibiting Your Zither 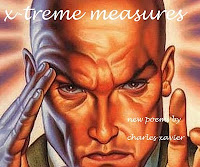 Charles Xavier, X-treme Measures. Before I begin discussing Xavier’s poetry, I should point out the difficulty in finding an X poet. At first, I considered reading The Brand X Anthology of Poetry, an uneven collection of parodies, but neither the authors nor the editor, William Zaranka, have names that begin with X, so I would be selecting it based on its title, which doesn’t, in case you’ve forgotten, comply with the guidelines of my project. Besides, to be honest, that rather bulky anthology is best encountered in bits & pieces rather than as a whole. I also thought about substituting any poet who has X as an initial somewhere in his/her name–for instance, X.J. Kennedy or Frank X. Walker–but again, such alternatives seemed to bend to the point of breaking the rules, however arbitrary they may be (the rules, not Kennedy & Walker).

Rather than calling X an unsolvable variable in an algebraic equation, I decided to look to other genres on my shelves in hopes I could reclassify any of these works, which is to say, honor them as poetry. I thought about The Autobiography of Malcolm X, but as it turns out, X isn’t actually his last name. (True story–in reality, Malcolm is the mysterious Racer X, who, unbeknownst to all, is Speed Racer’s older brother Rex, believed to have died in a car crash.)

Finally, as I determined nothing fit the bill, an inner voice, not mine, reminded me that “any dream worth having is a dream worth fighting for.” Yes, that voice belonged to Charles Xavier. As a mutant poet, Xavier says his book, X-treme Measures, remains unpublished–out of necessity.

Why? According to Xavier in “Imagine That,” written on my mind’s blank pages:

Poetry has the power
to crack the firm-
ament & extinguish
suns. Imagine that
in the wrong hands.

His point–he must keep his poetry out of print for the sake of humanity–of which I am in complete agreement. However, that doesn’t mean he’s abandoned his poetic dream. In “Parting Gift,” he explains through metaphor & telepathy, opening my mind to the appropriate page: “It appears if I am ever/to achieve my dream I will/need you to walk me there.” Ultimately, he concludes, “The greatest power is the magnificent/power we all possess–the power/of the human brain!”

This telepathic transmission lends the book an eerie, dream-like quality, for only the mind's eye can read it. As you may have guessed, because of my agreement with Xavier, I can’t share the whole of his collection, but he has consented to allow me to reprint, along with the above snippets, the beginning lines from “Mutant Heaven”:

Death & birth are the same. When one
stops, new possibilities open up.

No pearly gates, but revolving doors.
No species rule. There’s room for all.

Truth is, I don’t recommend X-treme Measures; even its title comes across as juvenile. But–I hasten to add before inflicted with a mega-migraine–it’s strikingly memorable. Indeed, it often proves impossible to get Xavier’s verse out of your head, even if you don a fancy state-of-the-art helmet like Magneto. Obviously, you must first train against telepathic attacks before the telepathy-blocking technology will do you any good.

Dean Young, Elegy on Toy Piano. Full-disclosure: I’m a big fan of Dean Young, which is, in fact, how I introduced myself when I met him at the 2000 Vermont College writers’ workshop, which you may read about in one of my previous blog entries ("D'oh," May 19, 2007). In the ensuing conversation, I erroneously attributed a David Lehman poem to him, which apparently made an impression. For in “Lives of the Mortals,” he uses the idea I presented to him:

If only.
And that’s all the further that sentence goes,
a dependant clause with nothing to depend on,
a ladder with nothing to prop against but clouds
which are a form of emptiness
made opaque.

Clouds, then, serve as the antithesis of Marcel Duchamp’s La Boite-in-Valise in which the contents are visible, but the meaning, as Tim Martin says in Essential Surrealists, is opaque--but I digress, which is Young’s forte. In this book, Young, a virtuoso not unlike Schroeder (Peanuts) in skill & stature, plays the toy piano as if tinkling the ivories of a baby grand with his characteristic wit & intelligence, as in the title poem. But that isn’t to say that he never hits a sour note. “Learn by Doing,” for instance, reads like a failed automatic writing experiment:

The device in the last line recalls Pope but the aftertaste is purely Crabbe.
You don’t want to know.
No, really.
The one with hearsay through the head like the body politic.
You and whose army?

Later, he continues to mail it in–or as he might say:

Let them eat fakery.
Touch my eel.
The electric guitar parts confiscated by elevators.
The naked parts intercepted by disclaimers WHAM.
Why bother lyrics.
You write like you don’t know the meaning of a single word.
Singed world.

My favorite books by Young are Strike Anywhere, Skid, & First Course in Turbulence, in which Young seems to actually–if I may split an infinitive–care with an almost Kenneth Koch-ian passion about poetry. That said, a few bad to innocuous poems don’t put me off Young. If his poetry is on the menu, I still recommend it, though you may want to ask Nick, your server tonight, who, after some thought, will no doubt suggest “Lemon Garlic Duck,” which I also like, but, to be different, I’m going with the chef salad, “Bathed in Dust and Ash.”

Paul Zimmer, The Great Bird of Love. This book received praise from likes of Raymond Carver, Susan Sontag, Hayden Carruth, Maxine Kumin & William Stafford (who selected it as part of the 1989 National Poetry Series). These “quirky” poems are, according to Stafford, “full of surprise, variety, humor.” All true–when Zimmer succeeds (“Zimmer Succeeds,” feel free to use it as a title sometime, P. Zim) as in the title poem, but at other times, his predilection for referring to himself as Zimmer sounds a little too much like Henry Pussycat-speak to my ear. Did Zimmer have Berryman’s Dream Songs in mind? Eh, whatever. I view this collection as a mixed bag, in which some poems work better than others & some, like my relatives in Bluefield, barely work at all. Personally, I like the short poems, “Winter” “How Birds Should Die” & “The Tenth Circle,” all of which appear 100 percent Zimmer-free. Ultimately I may not necessarily recommend The Great Bird of Love, but it honestly wouldn’t kill you to read it.
Posted by Matt Morris at 7:22 PM 4 comments: Links to this post

C.K. Williams, A Dream of Mind. Edward Hirsch calls Williams a "poet of disquietudes," an assessment I find myself in agreement with, but for different reasons. No book that I've read in many a year agitated me quite as much.

When I read "History," for instance, in which Williams, no doubt pursued in a dream by a giant thesaurus, finds himself "in danger, at peril, at immediate, furious, frightening risk," I caught Barkley unsuspectingly across the snout with the rolled book, wagging my finger & shouting over & over about the needless repetition, the redundancy, the senseless repeating of the same idea in different words. Even a stray dog should know better, I scolded. No, Barkley wasn't the one who in the very next line "evaded the risk, eluded the danger, . . . conned the peril," but he fled the room anyway, tail between his legs, whimpering.

Before I could apologize to my imaginary pooch, albeit still wronged, the situation worsened. As I read "Helen," a 10-page poem divided into 5 sections, not even the rain could stop me from heaving a perfectly good living room set onto the lawn. Crazy? In my defense, the sofa was a little worse for wear, though not nearly as bad as the 1st section of this poem, in which Williams takes 12 to 24 lines (it depends on how you count them) to say, if I may summarize, "She tried to speak but started to cough."

In fact, throughout this poem, we discover very little about the title character, other than she was married to the speaker; once timid, she became sensual; later, she got sick &--spoiler alert--died. The poem seems more about the speaker--an acceptable narrative strategy, I suppose, except we mostly learn that he's dull & self-absorbed. Which, if this is the same speaker who delivered "Soliloquies" earlier in the book, I'd pretty much gleaned that tidbit of information already.

Ironically, I could go on & on about his verbosity, but that alone isn't what turned me into some sort of cartoon caricature of raving lunatic Glenn Beck, who, by the way, is a cartoon caricature of himself. No, that's not it. What I'm complaining about has merit; Beck is full of shit.
If I were to narrow my criticism of this book, I'd focus on the lack of imagery. The book's title section consists of 30 pages of Williams analyzing, inspecting, reflecting on dreams, which he does almost to the complete exclusion of images. This strikes me as odd--it also makes me angry, but who hears my Munch-like scream in the blogosphere? One dreams not verbally, but visually. In fact, when most people recall their dreams, they remember bizarre images. I would expect a poet writing about dreams to delve into the surreal & symbolic, to make hunger a skinny buffalo perhaps, or to show inner drive as a dark blue Delta 88. Given a world in which all things are possible, the closest Williams comes to images, strange or otherwise, are such weak examples as "bridges of innocence" & "shells of fearful insensitivity."
When I think of Williams, I think of William Carlos Williams & his oft quoted axiom, "No ideas but in things." Instead, as if the weird love-child of Edward Lear & Edward Cayce, C.K.Williams gives us such lines as:
I dream a dream of method, comprehending little of the real forces or necessities of dream,
and find myself entangled in the dream, entrapped, already caught in what the dream contrived,
in what it made, of my ambitions, or of what it itself aspired to for its darker dreaming.
("The Method")
When I bought this book during the past millennium, I enjoyed it. To be sure, Williams has written some outstanding poems ("The Question" remains a particular favorite). So what has changed my opinion of the collection on the whole? Have I, as I've grown older--gracefully & ever so slightly--become infinitely wiser? I don't know, maybe, sure, I guess so.
Posted by Matt Morris at 11:17 AM 18 comments: Links to this post