I have 3 poems in Interpoezia 4, now available online. 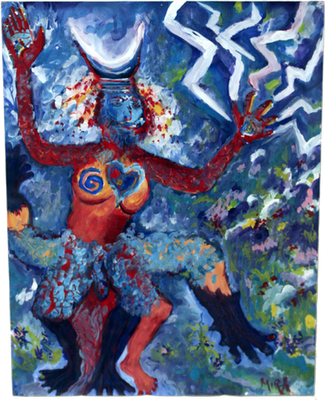 Posted by Matt Morris at 8:42 AM No comments: Links to this post

Terrance Hayes's Muscular Music has too many poems about being a poet without ever mentioning me, the one true poet, but read it if you like. Familiarity with late 20th century pop culture recommended.

Selected Poems shows off Donald Justice's well-deserved reputation as a talented craftsman; on the other hand, while I wouldn't call him boring, I might have thought it.

In Criminal Sonnets, Phyllis Koestenbaum uses crimes ripped not from the headlines so much as the police blotter as starting points, but she quickly diverts to details of her, I assume, personal life, so the sonnet sequence reads like a diary. Enjoyable enough, though the disregard for conventional sonnet development, as well as the admittedly (& thankfully) loose rhyme & meter, renders the form arbitrary.

I like Vanitas Motel.   Here are some nice lines from John Loomis:

Do the shoes fret
by the door? Does the rosebush worry?

Or the daylight, rising pale behind the hills? (“The Way”)

Finally--yes, finally--I have, after years of not, finished Archy & Mehitabel. It’s not great-- Mehitabel the Cat’s rhymes border on tripe & Archy gets a tad repetitive--but at times, Don Marquis writes something that is, if not exactly poetry, of poetic interest.
Posted by Matt Morris at 6:32 PM 11 comments: Links to this post

So many authors have tried to rewrite Homer to relate his epics to their own time, but most have failed. Probably the most well-known example is James Joyce's famous botch-job, Ulysses. However, not many people know that Alfred Hitchcock's Vertigo, in which Jimmy Stewart plays a retired detective who trails Kim Novak for what seems years across San Francisco, is a subtle take on The Odyssey. Sadly, not even the great Hitchcock's penchant for cheesy music & extra cheesy special effects nor Novak's exceptional derriere could make this adaptation work.

Perhaps the easiest fix for The Odyssey is to Star Wars it. Instead of a boring story about boring wooden boats & boring crap that nobody cares about, it becomes an imaginative tale about magnificient spaceships, miraculous technology & exotic planets inhabited by strange aliens. So instead of the siren song luring sailors to their deaths, Odysseus must guide his spaceship through a virtual minefield of beautiful fembots who, if he gets too close, BOOM! No more UFO!

To help this epic get off the ground--literally--let's begin with young Captain Odysseus leaving his wife & baby behind to lead the invasion of Troy, a distant planet known for safe sex, horses & universities. Following a montage of space battle imagery, replete with spectacular explosions, the story begins anew some twenty years later. Telemachus, the son Odysseus left behind, has become the man of the house too soon, for his father never returned from war. Although never confirmed, most people believe Odysseus died in battle, but Telly–as he’s called–believes his father still lives.

You get the idea. If not, I've provided the following tips to help guide you: Imagine Zeus as a powerful computer that rules the universe; Hermes, an intergalactic Twitter; Poseidon, a sort of bad-ass Southern space sheriff (think Max Baer, Jr. in Mason County Line) out for Odysseus's blood for poking out his son Cyclop's one good eye; Charybdis, a huge black hole; Scylla, well, still a six-headed monster, but now with the added awesomeness of being in space. If you need help deciding how to remake Odysseus confronting over a hundred of wife Penelope's suitors, I suggest watching Caligula for inspiration.

As for the Iliad, maybe script it as a World War 2 D-Day story. Or a Western. Wait--samurai!
Posted by Matt Morris at 9:09 AM 1 comment: Links to this post